[1] “Now Adam had sexual relations with his wife, Eve, and she became pregnant. When she gave birth to Cain, she said, “With the Lord’s help, I have produced a man!” [2] Later she gave birth to his brother and named him Abel. When they grew up, Abel became a shepherd, while Cain cultivated the ground. [3] When it was time for the harvest, Cain presented some of his crops as a gift to the Lord. [4] Abel also brought a gift—the best portions of the firstborn lambs from his flock. The Lord accepted Abel and his gift, [5] but he did not accept Cain and his gift. This made Cain very angry, and he looked dejected. [6] “Why are you so angry?” the Lord asked Cain. “Why do you look so dejected? [7] You will be accepted if you do what is right. But if you refuse to do what is right, then watch out! Sin is crouching at the door, eager to control you. But you must subdue it and be its master.” [8] One day Cain suggested to his brother, “Let’s go out into the fields.” And while they were in the field, Cain attacked his brother, Abel, and killed him. [9]Afterward the Lord asked Cain, “Where is your brother? Where is Abel?” “I don’t know,” Cain responded. “Am I my brother’s guardian?” [10] But the Lord said, “What have you done? Listen! Your brother’s blood cries out to me from the ground! [11] Now you are cursed and banished from the ground, which has swallowed your brother’s blood. [12] No longer will the ground yield good crops for you, no matter how hard you work! From now on you will be a homeless wanderer on the earth.” [13] Cain replied to the Lord, “My punishment is too great for me to bear! [14] You have banished me from the land and from your presence; you have made me a homeless wanderer. Anyone who finds me will kill me!” [15] The Lord replied, “No, for I will give a sevenfold punishment to anyone who kills you.” Then the Lord put a mark on Cain to warn anyone who might try to kill him. [16] So Cain left the Lord’s presence and settled in the land of Nod, east of Eden.”

‭‭Genesis 3 (The Man and Woman sin)

[20] “Then the man—Adam—named his wife Eve, because she would be the mother of all who live. [21] And the Lord God made clothing from animal skins for Adam and his wife. [22]Then the Lord God said, “Look, the human beings have become like us, knowing both good and evil. What if they reach out, take fruit from the tree of life, and eat it? Then they will live forever!” [23] So the Lord God banished them from the Garden of Eden, and he sent Adam out to cultivate the ground from which he had been made. [24] After sending them out, the Lord God stationed mighty cherubim to the east of the Garden of Eden. And he placed a flaming sword that flashed back and forth to guard the way to the tree of life.”

The Man and Woman in eden

“This is the account of the creation of the heavens and the earth. When the Lord God made the earth and the heavens, [5] neither wild plants nor grains were growing on the earth. For the Lord God had not yet sent rain to water the earth, and there were no people to cultivate the soil. [6] Instead, springs came up from the ground and watered all the land. [7]  Then the Lord God formed the man from the dust of the ground. He breathed the breath of life into the man’s nostrils, and the man became a living person. [8] Then the Lord God planted a garden in Eden in the east, and there he placed the man he had made. [9] The Lord God made all sorts of trees grow up from the ground—trees that were beautiful and that produced delicious fruit. In the middle of the garden he placed the tree of life and the tree of the knowledge of good and evil. [10] A river flowed from the land of Eden, watering the garden and then dividing into four branches. [11] The first branch, called the Pishon, flowed around the entire land of Havilah, where gold is found. [12] The gold of that land is exceptionally pure; aromatic resin and onyx stone are also found there. [13] The second branch, called the Gihon, flowed around the entire land of Cush. [14] The third branch, called the Tigris, flowed east of the land of Asshur. The fourth branch is called the Euphrates. [15]The Lord God placed the man in the Garden of Eden to tend and watch over it. [16] But the Lord God warned him, “You may freely eat the fruit of every tree in the garden— [17] except the tree of the knowledge of good and evil. If you eat its fruit, you are sure to die.” [18] Then the Lord God said, “It is not good for the man to be alone. I will make a helper who is just right for him.” [19] So the Lord God formed from the ground all the wild animals and all the birds of the sky. He brought them to the man to see what he would call them, and the man chose a name for each one. [20]He gave names to all the livestock, all the birds of the sky, and all the wild animals. But still there was no helper just right for him. [21] So the Lord God caused the man to fall into a deep sleep. While the man slept, the Lord God took out one of the man’s ribs and closed up the opening. [22]Then the Lord God made a woman from the rib, and he brought her to the man. [23] “At last!” the man exclaimed. “This one is bone from my bone, and flesh from my flesh! She will be called ‘woman,’ because she was taken from ‘man.’” [24] This explains why a man leaves his father and mother and is joined to his wife, and the two are united into one. [25] Now the man and his wife were both naked, but they felt no shame.” 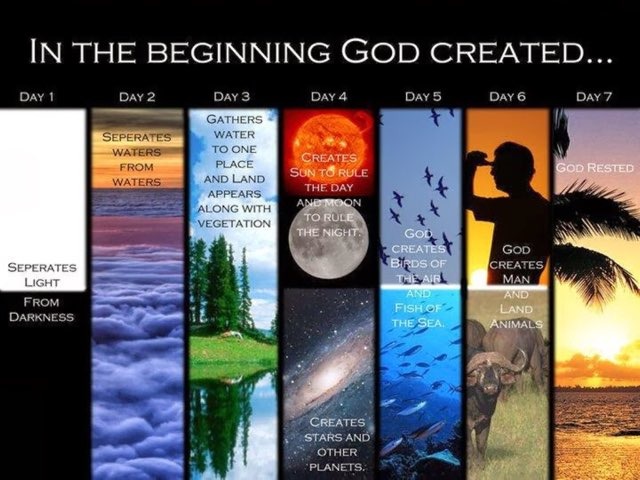 Was you only remember things that God told you to do but you do not do it, you only feeling sadly and all that deep pain, devil and he evil spirit try killy you million time and you feel it bug you never die, you always feeling the deeply lose of your self and God and just every one you ever know, before you go hell God go in your mined or make you sleep than he tell you all the thing you did, you be in deeply pain all over your body, all the girl on they monthly every day but 999,999,999% more painful, they ear all the bad thing that every one told they every sounder in a day, man have a man thing that what woman have monthly like maybe man have they monthly too or man have the feeling of monthly but not have the blood, they be scared every sound in a day, they go crazy, and so on

I see everyone’s the same like we all go up and down in life like the ride goes. When you are busy,having fun, and happy you forget about all the problems in your life. The two times I go on street fighter I see they all give excited,happy,lugth, make jokes, and when the ride is over, they see I think they are thinking about something sad. I am christian so I hope I act like christian like yes I messed up but I still try. I am christian and I see I’m was they like I love go on crazy wild ride, and I did love do crazy and wild things when I was want only do my way and my way was a dumb idea because I not list to God but if I not remember God see me, God do love me who I am, God real see me like he know what I need, God is able and powerfully, and remember everything what James my dad tell me about God. I may not be alive, and maybe I am not living at my mom’s place, I go full wild, and I am not truly happy.I know now if you do not have God in your life. Life have no matter at all.

Matthew 6:1 to 34.
*God dont like you voluntion not for he but just look good for yourself
*when you help some one don’t show it off
*don’t be like fake christian like we pray long over over pray be real you only need saying help God and he will help you
*Pray like this: Our Father in heaven, may your name be kept holy. May your Kingdom come soon. May your will be done on earth, as it is in heaven. Give us today the food we need, and forgive us our sins, as we have forgiven those who sin against us. And don’t let us yield to temptation, but rescue us from the evil one.
Matthew 6:9‭-‬13 NLT
*if we don’t forgive other God will not forgive us
*when you are fasting clean your body, look look like a hot missed
*dont save up money and all that beacuse you dont know what will happed tomorrow
*when you save something pertty much that is your God
*“Your eye is like a lamp that provides light for your body. When your eye is healthy, your whole body is filled with light. But when your eye is unhealthy, your whole body is filled with darkness. And if the light you think you have is actually darkness, how deep that darkness is!
Matthew 6:22‭-‬23 NLT
*we do not have two God (only one so it be devil or God)
*devil only want take play killy or some thing like that
*God want help you and love you
*we do not need worry about daily thing God will always protect us